9 months ago I sat in an office at a medical facility and had a conversation about surgery. That was in May of 2016. I said “Let’s just do this surgery and get on with it”

1. We want to do everything we can to avoid that.

2. Insurance will not likely cover the surgery until all the things prior were tried.

So we tried the things.

5. Boot for 2 months including use of crutches

None of this worked. The doctors have said that about 10-15% of people simply don’t respond to those treatments and will require surgery.

So thats where we are. Surgery – I also get to fly around for the 8 weeks after on this bad boy: 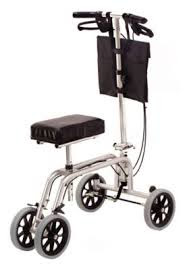 The exact surgery I am having is in the video below – It’s not for those who don’t like looking at things being cut open on the human body.

I need a goal race – LATE summer, early fall – I would prefer it to be a bit flatter so that rules out ossian mountain (which I was in a boot during last years race) as well as Lucifers Crossing- Shoot me some flat, (shorter) fall trail races.  Mendon is the obvious choice….

If we can’t find one, I might just make one up.

2 thoughts on “I could have carried a baby”